Beacons of Pride Get Upgrades from Tnemec Coatings 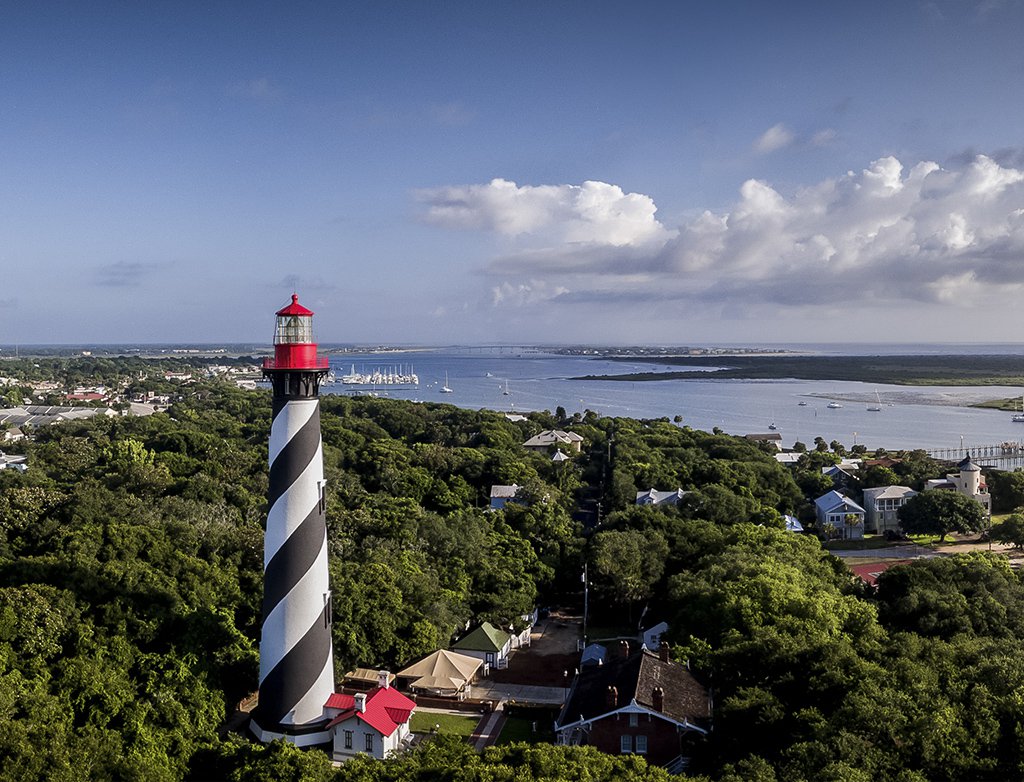 For centuries, ships and pleasure crafts have depended on a nationwide system of lighthouses and light stations to warn them away from dangerous reefs and guide them into safe harbors. While dependence on lighthouses as navigational aids has declined over the years with the emergence of global positioning technology, their historical appeal in local communities is stronger than ever.

Browning credited the evolution of lighthouse architecture to the development of new technology that led to pneumatic caissons, skeleton towers made of iron and steel, and the use of reinforced concrete. His essay described nearly 20 different types of construction, ranging from masonry lighthouses built in the 1700s to contemporary aluminum and fiberglass structures.

“When one thinks of lighthouses, the average person conjures up an image of a tall white tower on a point of land,” Browning conjectured. “Actually, lighthouses in this country were built in many shapes, sizes and heights including cylindrical, conical, square, octagonal and even triangular shaped, with towers that stand as high as 208 feet.”

Since 1939, lighthouses have been operated by the U.S. Coast Guard, but in recent years scores of these landmark structures have been transferred to local preservation groups.

Last year, a $280,000 restoration of the lighthouse was completed with funding from several state agencies and private donations. The project involved removing rust and old paint from the lighthouse observation deck and mold from the tower, which is the oldest surviving brick structure in St. Augustine, according to the Lighthouse and Museum website.

“The lighthouse is a historical landmark, which made its renovation a very exciting project,” explained Bill Langer of Florida Protective Coatings Consultants, Inc. “The red paint on top of the lighthouse kept fading and was continually being repainted, so the owners wanted a coating system with long-term color and gloss retention.”

The iron and copper observation deck was sandblasted and stripped down to its original metal under a containment system to prevent debris from effecting the environment.

“There were several coats of paint that had to be removed,” Langer explained. “The coating contractor had to go very easy when they prepared the surface because the metal was more than 140 years old. They had to carefully remove the paint without damaging the metal.”

The project’s architect, Kenneth Smith Architects in Jacksonville, specified a fluoropolymer coating system from Tnemec that is recognized for its outstanding color and gloss retention and resistance to ultraviolet (UV) light. The architect had used a similar protective coating system for the 104-foot tall St. Simons Island Lighthouse in Georgia, which was constructed in 1872, according to Langer.

The bare metal was given a primer coat of Series 90G-1K97 Tneme-Zinc, an advanced technology, single-component zinc-rich aromatic polyurethane coating. The restoration crew then applied a polyamide epoxy intermediate coat, an aliphatic acrylic polyurethane topcoat and a finish coat of Series 1072 Fluoronar, high-solids fluoropolymer coating with outstanding color and gloss retention even in the most severe exposures.

“The color had to be a very specific red,” Langer shared. “Several different shades of red were submitted in order to find a match. The color they chose was Safety Red.”

This summer, a red Fluoronar coating system was applied as an overcoat to the South Pier Lighthouse owned by the City of Charlevoix, Michigan, which has an agreement with the Charlevoix Historical Society to maintain and preserve the landmark. Built in 1948, the square pyramid steel tower was added to the National Register of Historic Places in 2005.

The Charlevoix Historical Society had attempted to restore the lighthouse to its original red color in 2009 as part of a three-phase rehabilitation project designed to limit moisture accumulation and repair the interior and exterior structure. The restoration work was funded by private donations and matching grants from the Michigan State Historic Preservation office under the Michigan Lighthouse Assistance Program.

Within five years, exposure to UV light and northern Michigan’s weather conditions had caused the red pigment in the paint applied back in 2009 to fade.

“The existing urethane coating went from a bright, candy apple red type color to a light pink,” recalled coating consultant Anthony Hartwig of North Group, LLC. “People from the area did not want to see this faded eyesore, so they were looking for a coating system that was going to last and perform.”

The project’s architect, who specializes in lighthouse rehabilitation, conducted a careful review of several high-performance coating products from different manufacturers before making her final selection.

“Rigorous evaluation was completed to determine the best coating and process for preparing the structure to ensure that the red color and the paint lasts for many years,” reported the Charlevoix Historical Society.

After careful review of performance data, adhesion testing and a visual inspection of the 10-year-old coating system on a water tank for weathering and light stability, the architect decided to overcoat the South Pier Lighthouse with a fluoropolymer coating system similar to the one used in Florida.

The painted surface of the lighthouse was power washed, followed by applications of a polyamide epoxy tie coat, an aliphatic acrylic polyurethane intermediate coat and a finish coat of Series 1070 Fluoronar. Each coating was brush-and-roller applied this summer.

“The finish color was Federal Standard Red, which matched the color they wanted to paint it,” Hartwig noted. “It’s a very bright, in-your-face, high-visibility red. The application went well and the architect and contractor were happy with the project.”

Both lighthouses in St. Augustine and Charlevoix continue to serve as active aids to navigation. Their beacons operate at night and during inclement weather.