Water Tank in Kansas Awarded for its "Oz-some" Design

The 2019 Tank of the Year resides in Wamego, Kansas: the home of the great Oz Museum. 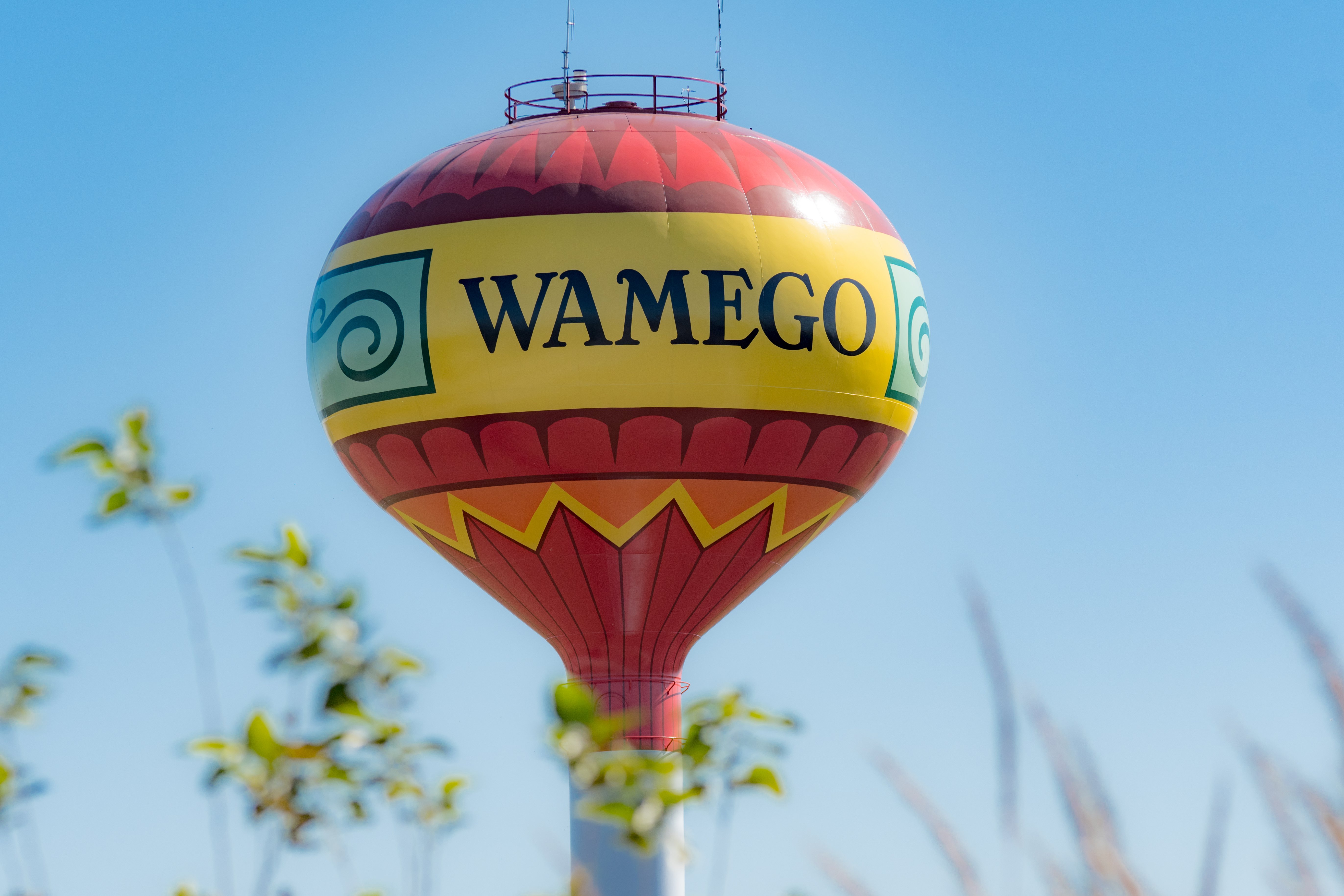 The state of Kansas is the 15th largest in the United States, with an area of 82,278 square miles and a population near 3 million residents. It has a rich native history, produces a hefty amount of wheat and corn every year and was once home for a long list of celebrities, from actor Harrison Ford to politician Bob Dole, renowned poet Gwendolyn Brooks to hall of fame basketball coach Dean Smith.

However, despite these facts, ask any Kansan what they’re most known for and they’ll all agree on one claim-to-fame: The Wizard of Oz.

And no town in the great state of Kansas has embraced its Oz-ness more than the city of Wamego, Kansas. Located between state capital Topeka and the location of Kansas State University, Manhattan, the city of Wamego is home to a variety of Wizard of Oz-themed establishments, including the one and only Oz Museum, an official Yellow Brick Road and a long list of other aptly-named spots around town, such as Toto’s Tacoz and the Oz Winery.

So when the City of Wamego began planning the construction of a new elevated water tower, the town wanted its design to emphasize all the great Oz-themed attractions nearby. The tank itself was erected and on-line in 2015, but special attention was needed for the logo. Because it would become a billboard for the local community, the City wanted to make sure they created a noteworthy design.

Just south of US Hwy 24, Wamego’s 500,000-gallon elevated water tank is one of the first things locals and visitors see when coming into town, especially from the west. And, according to long-time City official, Bill Ditto, the tower’s location helped inspire the design. 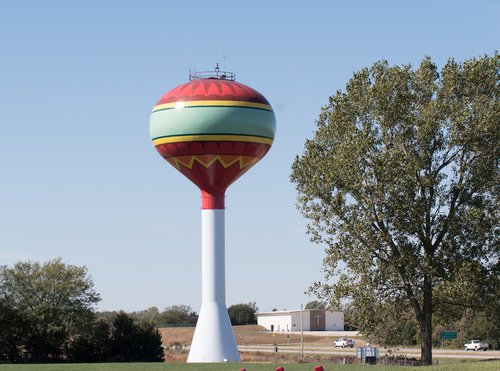 “If you’re driving east towards Topeka, through the Flint Hills, the bowl of the water tower seems to rise right out of the middle of the highway like a hot air balloon,” noted Ditto. “As many of us here know, there just so happens to be a hot air balloon towards the end of the ‘Wizard of Oz’ film.”

Using the film’s air balloon as a template, the City worked with a local design firm to create an eye-catching mural for their water tank. The City and the design team took elements from the hot air balloon, added in the city name and chose colors that represented the town and Oz alike. Local Tnemec representative with Midwest Coating Consultants, Inc., Taylor Buerky, helped identify color matches for the tank’s design.

A Great and Powerful Coatings Project

Buerky assisted the City and the engineer, BG Consultants, specify coatings that would last longer than traditional paint systems. Because the design was so important to the City, they wanted to make sure they used coatings designed to extend maintenance and limit UV light degradation.

“To preserve the look of their design for longer, the project team chose to coat the tank using Tnemec’s high-performance fluoropolymer finish, HydroFlon,” explained Buerky. “HydroFlon outperforms other finishes in accelerated testing protocols and has an extensive history of reliable success in the field.”

The tank’s final design was approved unanimously by the City’s planning commission in 2018. Coating work began on the tank in early 2019. The tank was originally coated using Series 700, which was pressure-washed before applying the new design using the same coating. 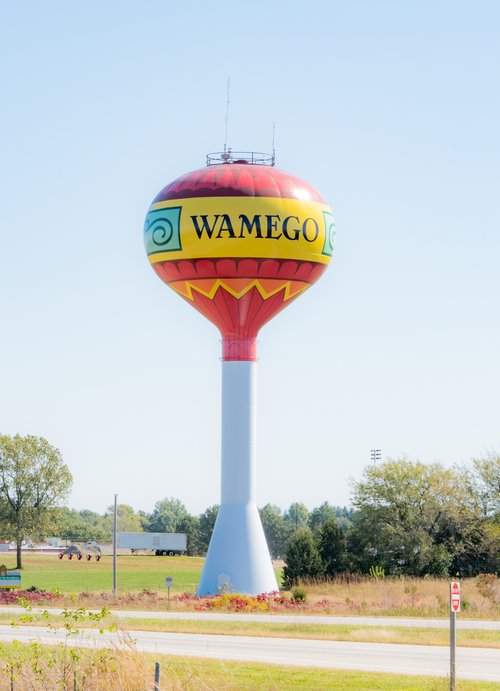 The coatings contractor, Classic Protective Coatings of Menomonie, Wisconsin, created a plan for transferring the two-dimensional design onto the round tank. To ensure accuracy, the team needed to scale the design and create geometric shapes to use as templates for the repeating elements in the mural. According to Buerky, planning took several weeks before the painting could begin.

“The coating experts at Classic have painted thousands of tanks and did a great job of using that experience to rework the design,” added Buerky. “During the painting process, the contractors had a team on the ground and a team up on the tank, communicating the whole time to ensure the design was rendered as close to the original plan as possible.”

Series 700 was roller-applied to the steel tank; nearly a dozen different colors were used to create the mural. All coatings work was finished by June 2019.

In October 2019, the Wamego tank was nominated alongside more than 300 other water tanks for Tnemec’s annual Tank of the Year contest. All tanks were placed online and people from all around North America voted for their favorite water tank. In the end, nearly 20,000 ballots were cast during the two-week voting period.

Wamego’s tank was named the 2019 People’s Choice water tank after receiving the most online votes (4,337), just beating a tartan-clad composite elevated tank (CET) located in Maxville, Ontario, which received 4194 votes. The People’s Choice tank receives an automatic spot in the final 12 tanks to be considered for the official Tank of the Year crown.

“People all around the town really got behind Wamego’s tank by voting online,” noted Randy Moore, Director of Sales – Agency Development & Industry Affairs for Tnemec. “The engineer, the contractor and the City all promoted the tank through social media and local publications.”

When it came time for Tnemec to determine the Tank of the Year, the Wamego tank was included in the running alongside eleven other runners-up, which included the aforementioned CET in Ontario and water tanks in Campbell, Mo.; West Palm Beach, Fla.; Columbus, Ohio; Farmers Branch, Texas; Camden, Ala.; Clinton, Miss.; Sammamish, Wash.; Apple Valley, Calif.; Gulf Breeze, Fla.; and Punxsutawney, Pa.

An internal panel of water tank enthusiasts carefully considered each tank for the contest. But, for the first time in the history of the contest, the People’s Choice winner ended up being selected as Tnemec’s official Tank of the Year.

“In the end, Wamego, Kansas, stood out as the Tank of the Year because of the story behind the design and the community pride for the tank,” explained Moore. “The aesthetic appeal of the coatings were a factor, too, and the HydroFlon finish will help it stay aesthetically pleasing for decades.”

The Tank of the Year will be featured as the month of January in Tnemec’s 2020 water tank calendar. All finalists and nominees will be included in the following months of the calendar. 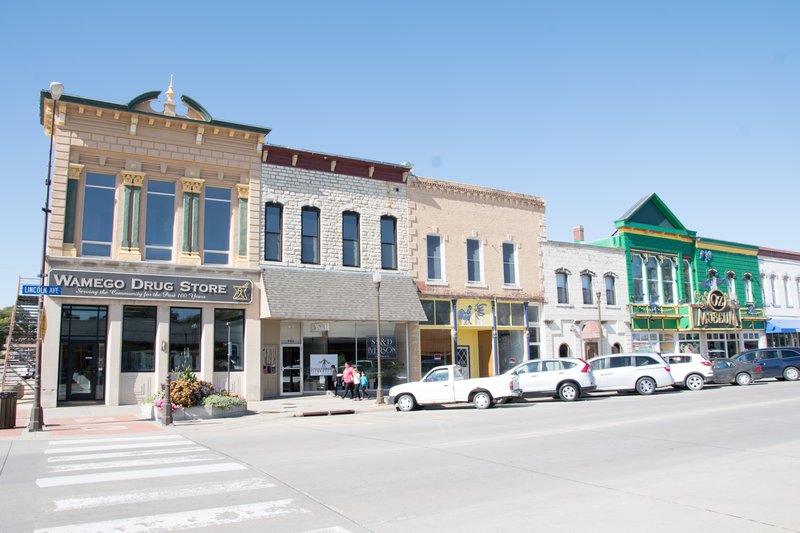 The Wonderful World of Wamego

Wamego’s elevated water tower now helps direct people to the beloved Kansas town and all of its attractions. According to Bill Ditto, the community continues to express their admiration for the look of their new addition.

“We expected to hear some negative feedback at some point, but everybody in town loves the tank,” added Ditto. “The community here is really second to none.”

Wamego is home to a wide variety of local fare and exciting events year-round, from a spectacular fireworks show on Independence Day to their annual OZtoberfest, where the town shuts down the streets to celebrate the Wizard of Oz. But, its most widely known attraction is the Oz Museum, located in the heart of downtown Wamego.

Opened in 2003, the Oz Museum is home to the largest permanent public display of Oz artifacts in the world, including an original flying monkey, costumes and production notes from the original 1939 MGM film, “The Wizard of Oz.” Also among the museum’s unique collection are books from L. Frank Baum who authored 14 novels in the Oz series.

Looking for Application or Specification Help?