When the City of Anderson dedicated its two new 500,000 gallon water tanks that mimic a pair of hot air balloons, the project captured the public’s imagination with its creative designs and colorful protective coating system from Tnemec. “The designs are an ingenious way for the City of Anderson to promote its annual hot air balloon festival,” acknowledged Tnemec consultant Dan Anderson. “The novelty of the designs and their significance to the community resulted in the project being selected by Tnemec as the winner of the 2007 Tnemec Tank of the Year contest.”

The pedestal tanks feature multiple colors arranged in vertical striping that is typical of many hot air balloons with their stems painted to resemble passengers in a basket. “People and communities are taking pride in the designs and logos that appear on their tanks.” Anderson noted. “We’re seeing more and more creativity being used on the exterior of municipal water tanks as owners realize the value of their image.”

The steel tanks were fabricated by CB&I Constructors in Alpharetta, Ga. Surface preparation was in accordance with SSPC-SP10/NACE No. 2 Near-White Metal Blast Cleaning for the interior and SSPC-SP6/NACE No. 3 Commercial Blast Cleaning for the exterior. Next, the interior and exterior steel were shop-primed with Series 91-H2 O Hydro-Zinc, a two-component moisture cured, zinc-rich aromatic urethane primer, that provides outstanding long-term corrosion resistance. 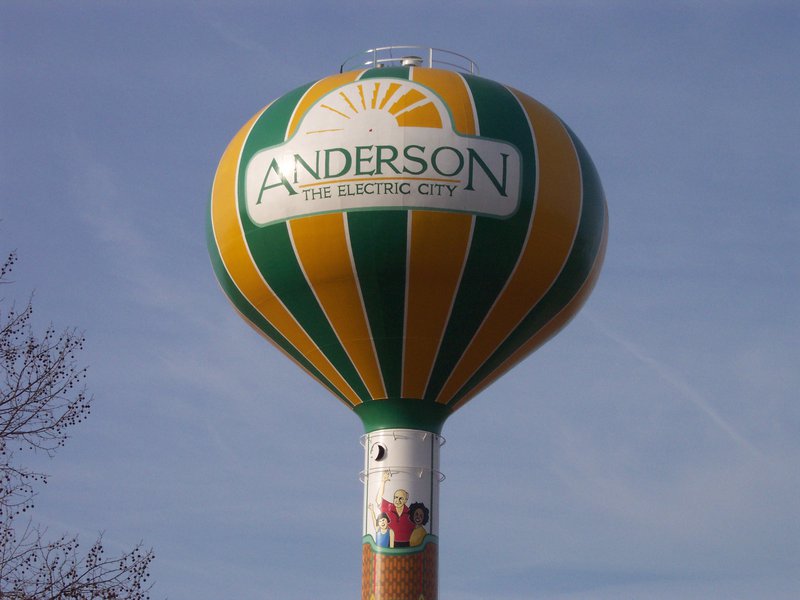 Public reaction to the tanks has been very positive, reported Jeffrey Caldwell, P.E., director of the city’s utility company which owns the tanks. “The citizens I’ve heard from like the designs,” Caldwell noted. “We’re very happy with the way the tanks turned out and it’s an honor to receive the Tank of the Year award. I’m glad we had a project that allowed us to use this type of design.”

The Great Southeast BalloonFest in Anderson attracts dozens of competitive ballooners from across the country over the Labor Day weekend and is a sanctioned ballooning competition.

Industry standard for potable water epoxy coatings for nearly 40 years. Known for its forgiving application characteristics in adverse and varied conditions, and for its benchmark performance.

Industry standard for epoxy coatings for over 40 years. Known for its forgiving application characteristics in adverse and varied conditions, and for benchmark performance.

A two-component, moisture-cured, zinc-rich primer for the interior and exterior of steel potable water tanks. Provides outstanding long-term corrosion resistance when used as a primer in [...]

Searching for the Right Color?

Use our color tool or request more tools from your local representative.

Create your Own Tank Design